Everything You Need to Know About an Indoor Air Detoxifier

While this growth will mostly be experienced in the entertainment categories, health and safety will also experience significant improvement - especially with the aftermath of COVID 19 and the need for improved safety.

This new category is called the indoor air detoxifiers.

These intelligent and portable devices not only purify and detoxify indoor air environments, but they also use smart sensors and the latest mobile technology to detect, monitor and transmit indoor air quality data to the user via a smartphone app. 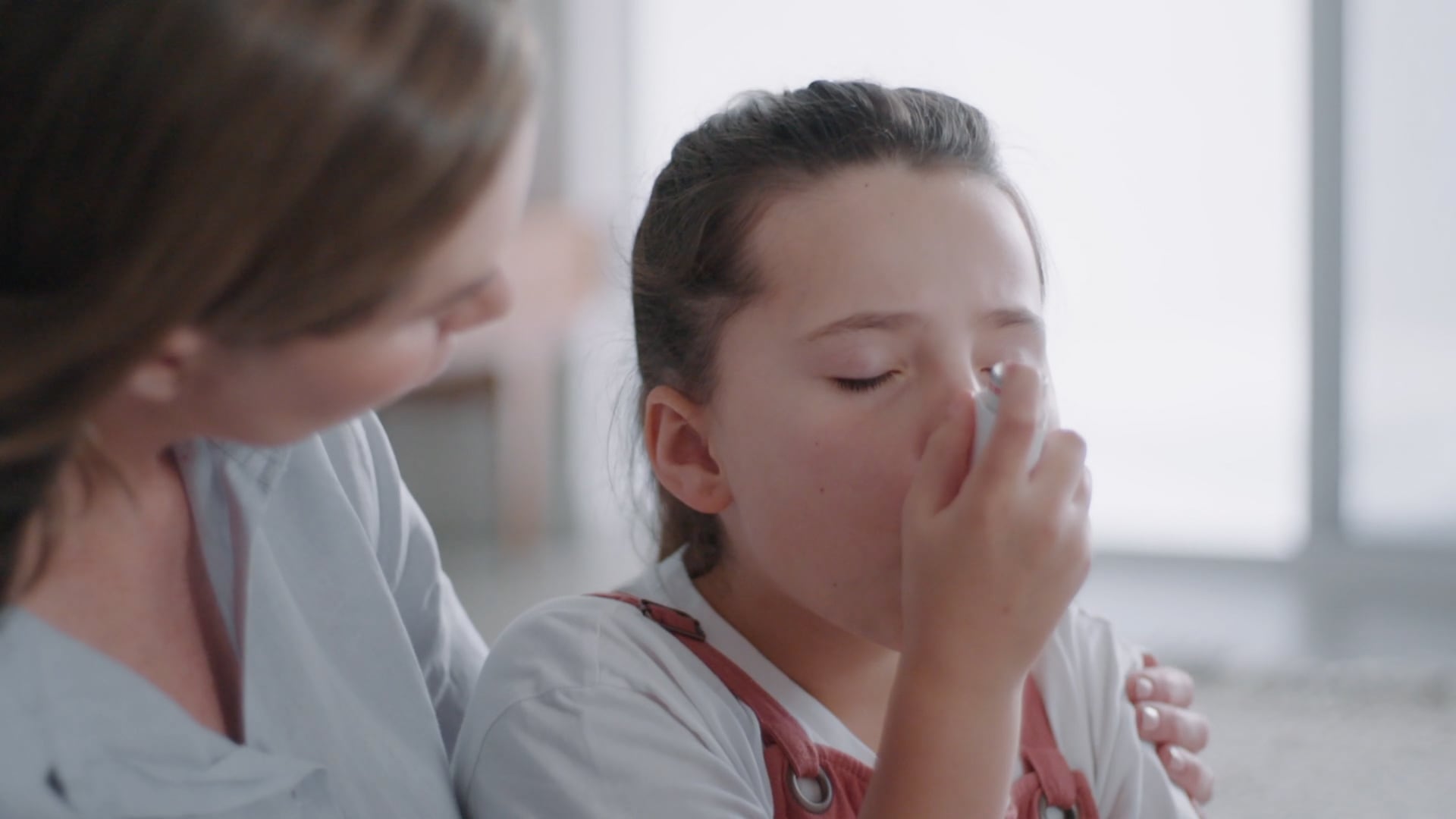 The Importance of Indoor Air Detoxifiers

Every year not less than 4.1 million Australians are plagued with one form of allergy or another; thereby causing several respiratory problems, especially to children and babies, the elderly and those with respiratory illnesses like asthma or lung disease.

Indoor air detoxifiers and air purifiers make life better for these people who are vulnerable to airborne allergens, irritants and pollutants by filtering off and purifying indoor air. Making it safe for breathing.

While indoor air detoxifiers and air purifiers may seem to do the same thing, which is to purify indoor air and make it safer for breathing, they are not the same. One is better and far more superior.

But before we dive into the differences between an indoor air detoxifier and purifier, let us talk about the problem they’re both trying to solve - harmful, polluted indoor air.

You may be wondering, why is air quality important to human health? The answer lies in the adverse effects of breathing bad, polluted, and toxic indoor air, continuously.

Keeping this in mind, you may have several questions such as:

We discuss the answers to these questions and many more in this guide.

Regardless of where you are in the world, the chances of you breathing polluted air is high. It is even higher if you live in urban cities like New York, Tokyo, Melbourne and Sydney.

As earlier mentioned, improved air quality can help you breathe better by lowering the risk of respiratory issues such as allergies or asthma. Regardless of how much you try to keep your home clean, you cannot completely get rid of allergens, dust, pet dander, outdoor irritants and other harmful airborne pathogens.

To make matters worse, many research (including those done by WHO scientists) point to the fact that SARS-CoV-2, the virus that causes COVID-19, can spread from one person to the other through the air. This means indoor spaces with poor ventilation in an area where the virus is prevalent can be very hazardous - hence why it is important to use facemasks and detoxify the air you breathe.

The danger of breathing toxic air is real. Every breath we take includes a large number of floating particles, of which a significant fraction are biological. Generally, you inhale about a thousand biological particles with each breath you take.

These biological particles, or bioaerosols, include live and dead organisms, such as viruses, bacteria, fungi, pollen, plant and animal debris. Viruses, such as SARS-CoV-2, are the smallest of these particles.

Note that toxic air could be both indoors and outdoors. In fact, indoor air is said to be 2 to 5 times more toxic than outdoor air. And because so much time is spent indoors, the effect of indoor air pollution could be greater than what you would typically experience outside.

Many factors are responsible for polluting your indoor air. These range from poor ventilation, to products you bring into the home, and whether or not you have pets living in the house.

Listed below are some of the most common indoor air pollutants and their sources.

1. Fine particles: These pollutants typically come from within the house itself. They can be generated by any of the following means

2. Toxic gases: Examples include carbon monoxide from heating and radon. Indoor radon gas usually comes from the ground beneath.

Although these gases are found at lower levels indoors than outdoors, the ozone can infiltrate the home from outside.

They can also be produced by ozone-generating air purifiers, water treatment systems in washing machines and vegetable washers, and even facial steamers that use UV light.

3. Household products and chemicals: Although these products were designed to keep the home or body clean and beautiful, they release dangerous airborne chemicals that are hazardous to the health.

4. Allergens: These are substances are a type of antigen that cause or aggravate allergies and asthma.

Virtually every home has one form of allergen floating around. Allergens are invisible particles found on the surface of pollen grains, dust fibers, pet dander, and a wide variety of other places.

5. Tobacco smoke: This can be just as dangerous inside the house as it is outside. This is made even more evident when one in nine people who die from a disease caused by tobacco are not even smokers.

Tobacco smoke is harmful directly and indirectly. For example:

So, how do you purify, sanitize and sterilize the air you breathe? By default, many people will say by using an indoor air purifier. But did you know that using a detoxifier is more effective?

Indoor air purifiers are designed to force air through a system of filters, where they can trap air particles of at least 0.3 micrometers in diameter and higher. The special filters that can filter particles as small as this is called the HEPA filter.

Most air purifiers use HEPA filters which trap particles like dust, smoke, pet dander, and dust mite faeces but may not always trap smaller particles like viruses and bacteria.

For example, the SARS-COV-2 virus which causes the Coronavirus disease is 60 nanometers, which is like 60,000 times smaller than the HEPA filter’s pores.

Bacteria particles are larger and some can be trapped by high quality HEPA filters. But not all. Scientists say that there are about 1800 different kinds of airborne bacteria circulating in the air, and many of them cause airborne diseases.

Trapped mould and bacteria can often use the HEPA filter layers as favourable breeding grounds and can blow out from there. Exactly what you don't want your air purifier to become. But to avoid that, you need to frequently change your filters - and this can be very expensive.

What Does Indoor Air Detoxifier Do Differently?

An indoor air detoxifier is like switching from a Camry to a Ferrari. They’re both cars and they can both convey you from point A to point B. The difference lies in class, style, comfort and reliability.

Air detoxifiers such as Vbreathe indoor air detoxifier do not just filter and purify indoor air in your home, they also significantly reduce harmful indoor microbes and toxins that are airborne including bacteria, moulds, viruses (such as the coronavirus) and biological toxins.

It uses a special mix and blend of all-natural essential oil gel which diffuse into the air as vapour particles. These essential oil vapours attach to the harmful airborne pathogens and encapsulate and neutralise them, preventing them from infecting you and your family.

Research shows that some essential oils have very powerful antimicrobial activity and can kill or inhibit the growth and multiplication of pathogens including bacteria, viruses and fungi (mould).

These are the natural organic essential oils used to make the detoxifying gels in the Vbreathe indoor air detoxifier.

There are 3 steps involved in the detoxification process.

Now that you know how air detoxifies work, plus how they’re better than purifiers, let’s dive into the importance of air detoxification. 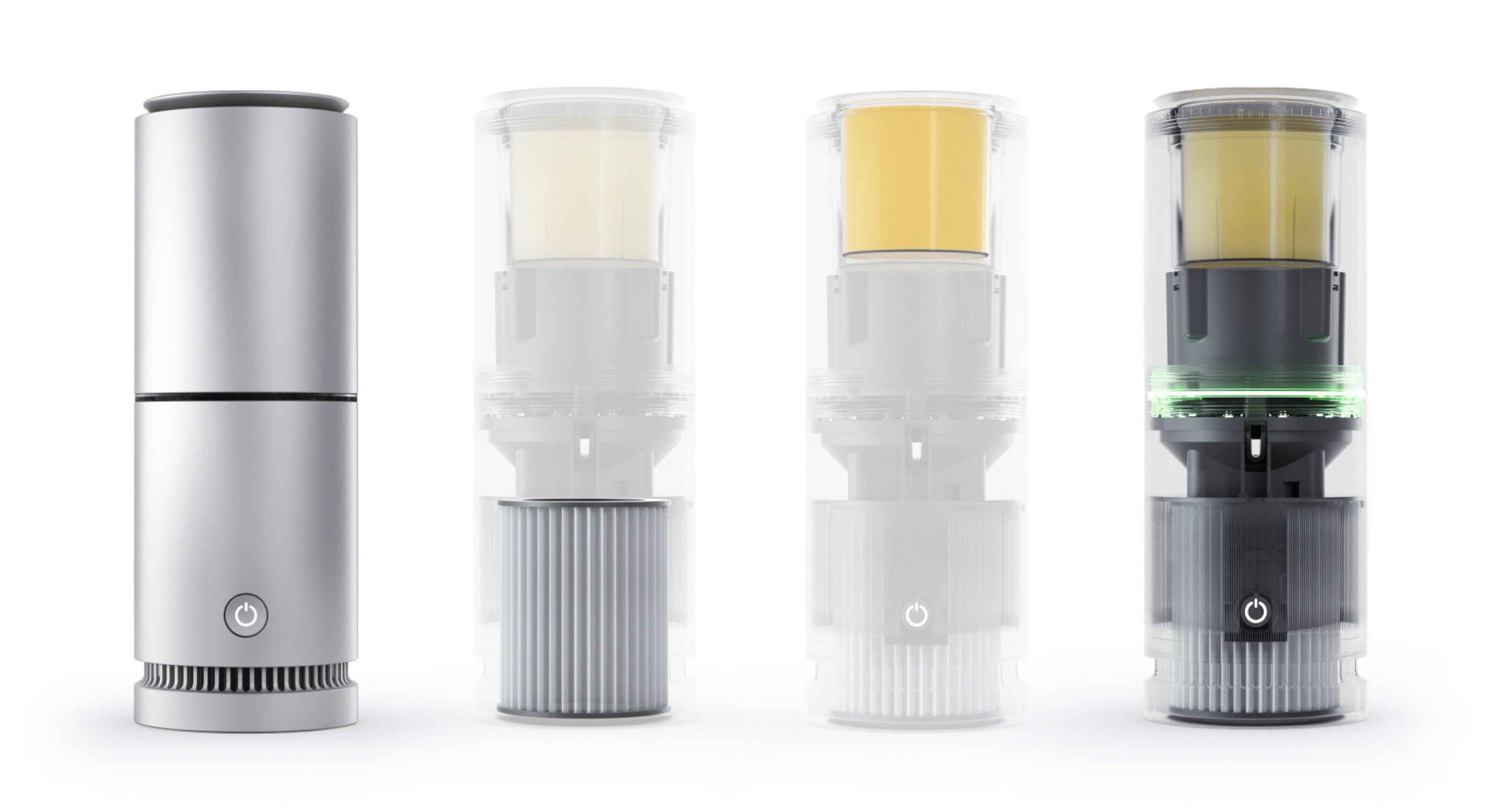 The Importance of Indoor Air Detoxification

This plethora of pollutants often turn the indoor environment into a pollutant soup that harms our health, and if you consider that an average person spends 90 percent of their time indoors, you will begin to see the danger these indoor air pollutants pose to your health.

Indoor air detoxification helps make indoor air safe for everyone but especially for the most vulnerable people in our families, like your old parents, children, as well as for allergy sufferers, asthma patients and those recovering from respiratory distress problems and surgery.

There are many benefits and advantages of using an indoor air detoxifier over a purifier. We cover some of those advantages below:

1. Not only Purifies but Detoxifies

An Indoor air detoxifier not only filters and purifies the indoor air in your home, they also can detoxify your indoor air by significantly reducing and neutralising harmful airborne pathogens and microbes, including mould, bacteria and viruses.

An indoor air detoxifier should have inbuilt smart sensors which detect smoke, mould, carbon monoxide poisoning, and other harmful PM2.5 particles in the air. These air detoxifiers should also have indicators that indicate the air quality in a room and send all the data directly into a mobile app for the users to view.

Air detoxifiers such as VBreathe have smart sensors that include:

3. Monitor and Control via a mobile app.

Who Needs an Indoor Air Detoxifier

Wondering who needs an indoor air detoxifier? The list below dives into the various types of people who will benefit the MOST from using air detoxifiers. Notice we said “benefit the most”, that is because everyone deserves to breathe clean, pollutant-free air.

Having said that, let’s explore who needs an indoor air detoxifier:

1. Anyone suffering from respiratory illnesses

If you or a loved one is suffering from any respiratory illness, then you will greatly benefit from air detoxifiers because they help to remove pollen and particles that cause breathing problems, sneezing, itchy eyes and skin, or running noses.

A lot of asthma sufferers experience fewer attacks and more improved sleep when they include an air detoxifier in their home. People living with asthma have different triggers, and some find that an air detoxifier can reduce their reliance on medications to control and treat their symptoms.

2. Households with young children and the elderly

Using air detoxifiers will help you to filter out potentially harmful contaminants and assist their immune systems while protecting their respiratory tracts.

Households with pets will find air detoxifiers a life saver - especially if you’re an animal lover with allergies!

You can easily use your air detoxifier to keep pet hair/ dander and odours under control. This helps you love (and live) with your pets comfortably rather than choosing between them and your quality of life.

Finally, households with smokers will greatly benefit from air detoxifiers. By using detoxifiers, you can quickly and easily reduce the damage caused by inhaling secondhand smoke while also preventing the smoke smell from permanently settling in the house.

In addition to this list, other recommended usage for air detoxifiers include:

As you can see, indoor air detoxifiers can work for a wide array of situations. Everybody needs an air detoxifier - especially if it is a shared space with more than three people. 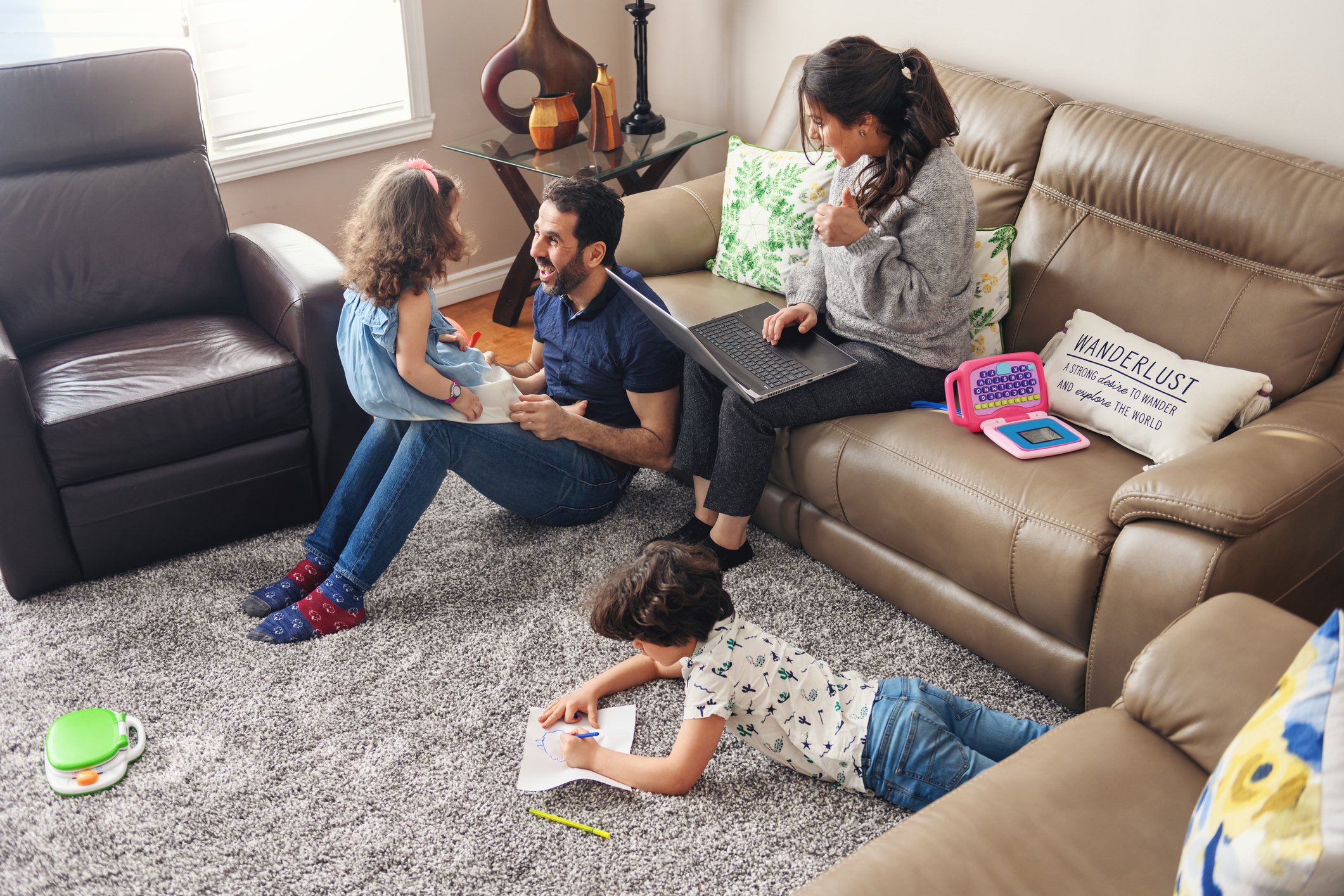 We live in a polluted world. We are surrounded by many unsee particles and gases that are harmful to us with continued and prolonged exposure.

An indoor Air detoxifier will not only help you to purify the air you breathe, it will also help to detoxify your indoor air environment.

Air detoxifiers can work in apartments, hotels, restaurants, and commercial offices. Benefits of using an air detoxifier include:

Do you want to see how much different air purifiers are from air detoxifiers? Then watch this video that shows you the key differences.

As the weather gets colder you may need to protect yourself against many of the viral airborne ...

The recent wake of the coronavirus (COVID-19) has highlighted the dangers of chronic respiratory ...

The promise of working from home is an enticing one: You spend hours indoors with your family, and ...