Nursing sneezing fits, a runny nose, and itchy red eyes? You could be among the 67 million Americans plagued with seasonal allergies — 81% of them say they have pollen allergies, owing to exposures during the spring season.

Forecasts seem to predict that the worst-ever allergy season is drawing nigh. And true to that, the pollen count gets worse each year — and climate change is partly to blame.

According to the U.S Centre for Disease Control and Prevention (CDC), around 19.2 million people suffer from seasonal allergies — a 7.7% of the total population, and of those 19.2 million, nearly 5.2 million young people are below age 18.

Besides being the most common allergen in America, pollen — which various weeds, grass, and trees are responsible for creating it — can also cause hay fever. 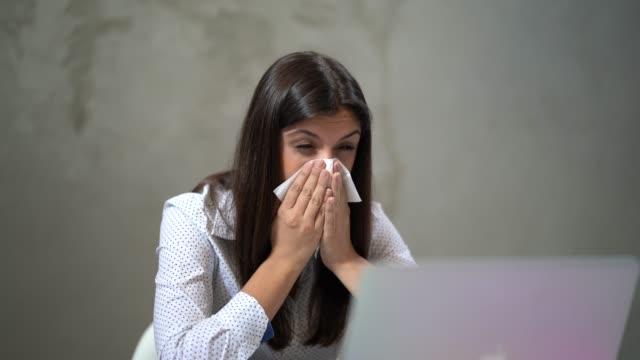 The most allergenic trees include:

Surprisingly, these trees don’t have showy blooms. But they produce lots of airborne pollen — yet, media coverage of seasonal allergies routinely includes allergy sufferers sneezing next to bright flowers.

Side note: Flowers could be an irritant if an allergy sufferer gets too close to them. But they rarely cause allergies.

What Is Pollen Allergy?

Most weeds, flowers, grasses, and trees (especially), create pollen as a way to pollinate other plants of their species. For many people with a weak immune system and response, pollen can trigger untold allergies.

Usually, the immune system wards off bacteria, viruses, and other harmful illness-causing pathogens. But an allergy sufferer’s immune system identifies pollen as a dangerous toxin and body chemicals start fighting it — causing a mild or severe allergic reaction.

This allergic reaction causes symptoms such as:

Some people nurse pollen allergy during the spring season, while others suffer all year. If you’re sensitive to birch pollen, for example, expect severe symptoms during spring when the birch trees come into bloom.

Pollen allergy is sometimes referred to as hay fever or allergic rhinitis (in clinical parlance). According to the American Academy of Allergy, Asthma, and Immunology, 8% of adults experience hay fever in the U.S every year.

What are the Types of Pollen Allergies?

Common plant and tree species that release pollen allergens into the air and trigger allergic reactions include:

The most common airborne allergen is the birch pollen. Birch trees come into bloom during the spring season and scatter tiny particles in the wind. 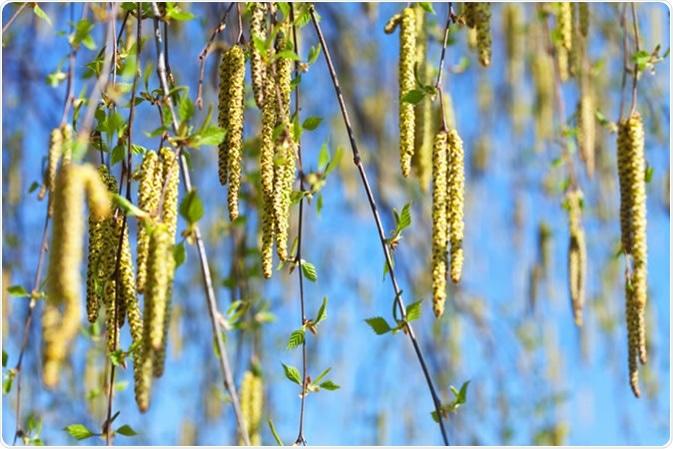 A single birch tree can release up to 5 million pollen grains, travelling hundreds of miles and more from the parent tree.

Oak trees, like birch trees, release pollen allergens into the air during the spring season. Oak pollen lingers in the air for longer and compared to birch pollen, it’s mild — but potent enough to cause severe symptoms to allergy-prone people.

During summer, grass pollen triggers allergic reactions and some of them are severe and difficult to treat. However, allergy shots can relieve symptoms of grass pollen.

Among the weeds pollen, ragweed pollen takes the Oscar home. It’s most common in late spring and fall but can spread its pollen in the last week of July to mid-October. Ragweed airborne pollen can survive through the mild winter season and travels hundreds of miles.

How Does Pollen Affect The Respiratory System?

Asthma symptoms are closely related to seasonal allergies such as pollen allergy. These allergies can negatively impact the health of your respiratory system especially the lungs —and even trigger shortness of breath.

Allergens prone to affect the respiratory system include:

Exposure to seasonal allergies can cause allergic reactions that impact healthy lungs and trigger life-threatening lung problems such as allergic bronchitis and asthma.

How Can I Protect My Lungs From Pollen Allergies?

To protect your lungs from seasonal allergies that can trigger lung issues, ensure to keep in mind the following tips:

Additionally, invest in an all-natural air purifier and detoxifier such as VBreathe Tasman — it’s the ultimate weapon against mould, pollen, bacteria, and deadly viruses. 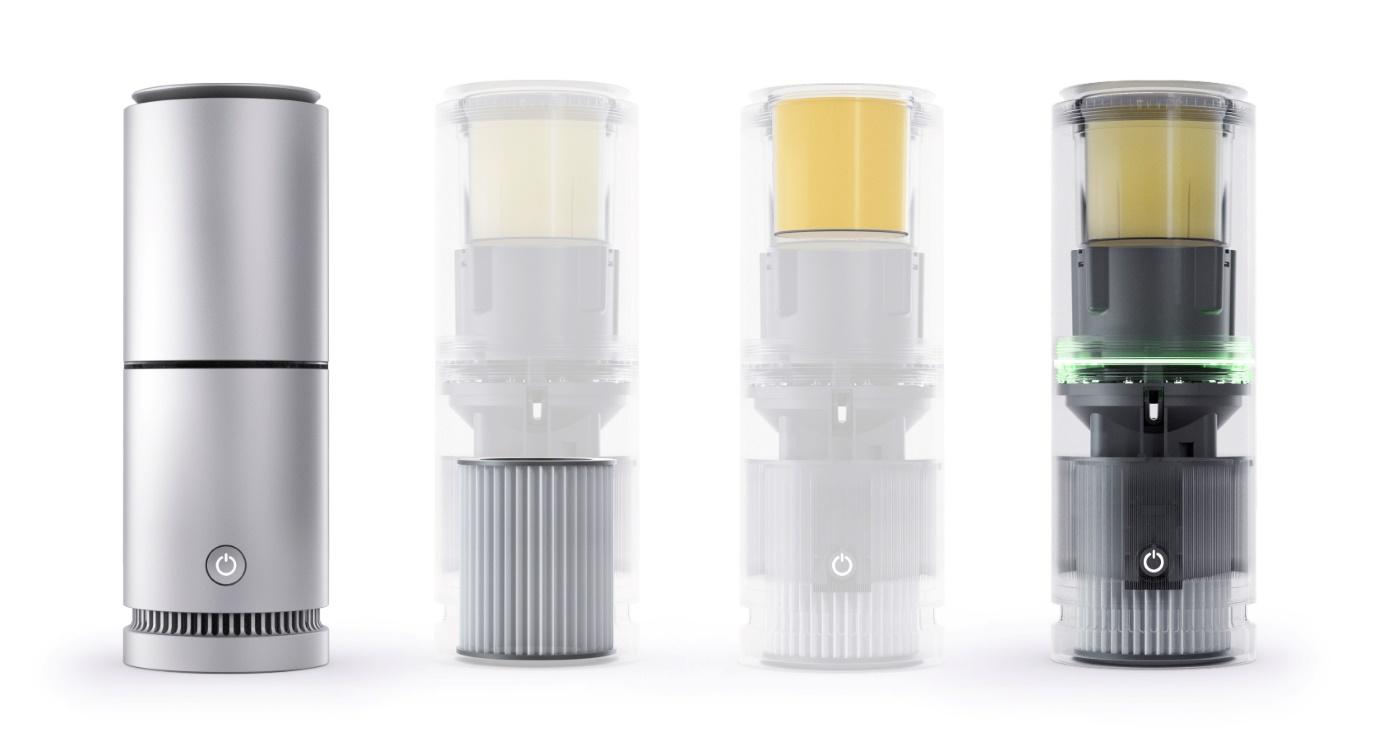 The medical-grade HEPA filters in VBreathe use antibacterial coating to trap and reduce harmful indoor microbes and toxins in the layers of the filter.

The VActive Gel, on the other hand, is expelled from the device (in the form of vapour) in the surrounding air, to improve air quality indoors.

No one likes to experience sneezing fits, watery eyes, and a stuffy nose — yet pollen allergies expose you to these very uncomfortable symptoms. Worse? These allergies can interrupt your everyday activities to no end.

In the worst scenarios, seasonal allergies can affect the respiratory system and trigger lung problems such as asthma and allergic bronchitis. To reduce these symptoms, change your lifestyle or invest in an air purifier.

The good thing about investing in an all-natural air purifier and detoxifier is that you’re certain air quality indoors will improve, and allergy triggers reduced. Why inhale pollen when VBreathe can purify the air for you?

The US Environmental Protection Agency reports that there are 2 to 5 times more air pollutants in ...

Humans can live without food for about three weeks, and three to four days without water — but only ...

Do you itch and feel like your body has been taken over by aliens? Then scratch yourself raw until ... 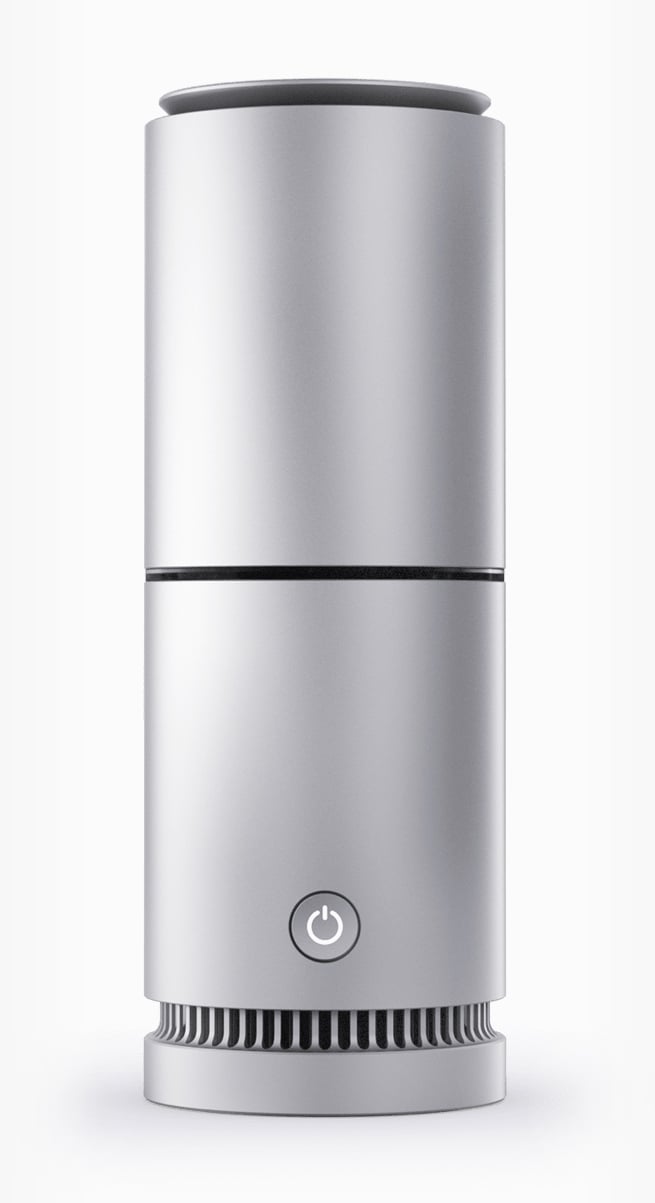